Many cinemas, theatres, museums and important national and historic monuments are close by.The fortress of Devín and the fortress of Bratislava; Vienna is easily accessible (60 km), even by cruise vessel; the huge water-power plant at Gabčikovo (40 km),a cycle-route along the River Danube will take you there; or the famous "Wine - road" in the direction of Pezinok, with historic buildings - the castle Červeny Kameň (Red Stone) - and with many fairs and exhibitions guaranteeing one`s personal amusement and satisfaction.

It extends along both banks of the Danube, at the foot of the Small Carpathians.

WHERE FROM US? WHAT CAN YOU SEE?

Mirbach's Palace- a jewel of Rococo architecture, is located on the Franciscan Square

Aristocratic palaces – the Vice-Governor's palace, Kutscherfeld Palace and Jesenák's Palace. The Rococo Appaonyi Palace is a part of the Old Town Hall.

The Grassalkovich Palace on Hodžovo Square, was built outside of the town walls in 1760

The early Baroque St. Nicholas Church of 1661 has been preserved below the castle hill.

Two Evangelical churches stand next to each other todey on Panenská Street.

The Franciscan Church is the historically oldest structure in the cisti to have been preserved to this date.

The Church of St. Elisabeth, also know as the Blue Church

St. Martin's Cathedral and the Church of the Poor Clares

The popular city park, the Medical Garden on Špitálska Street

The Maximilian Fountain, also known as the Roland Fountains

The spectacular Ganymede Fountain on Hviezdoslavovo Square in front of the historical building of the Slovak National Theatre is the most beautiful historical fountain in Bratislava.

A popular meeting points is on Hodžovo Square,the former Grassalkovich Palace, at the Earth – Planet of Peace Fountain.

- the monumental Building of the National Bank of Slovakia 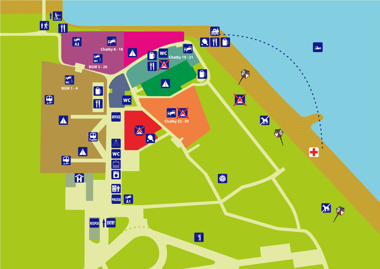 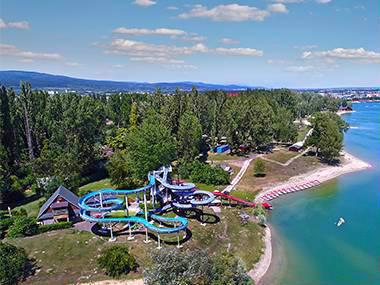